A tiny green helpless caterpillar is crawling in a green fertile tree and is struggling to live in the green habitat. The leaves and the warm bright light from the sun help it live.
After transferring to few trees, hiding from birds and eating leaves for a few weeks, the transformation begins. As the caterpillar crawls to a branch and hangs itself upside down, a soft small chrysalis slowly covers it completely, hiding the caterpillar. From that day, it lives inside the small smooth shell, wriggling inside.
A few days later, the cocoon turns black and a beautiful elegant butterfly emerges out. The silky wings are drawn with random beautiful motives. From there, it spread its beautiful sleek wings to freedom. 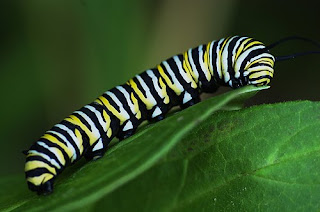 It all starts with a black-and-yellow petite caterpillar. He is a cute herbivore, so he crawls and eats the green leaves everyday. He lives alone and labours his life by himself. He may be poisonous, but he know he will change to a beautiful insect one day. He waits by the day, and disappears between the leaves at night. He looks very inviting when the Sun rises in the morning. He notices some birds are flying in the sky to find some food. He, then, camouflages himself between the leaves, so the birds won’t know. He is very smart and powerful. God sees his struggle, and plans to transform his body when he becomes an adult. 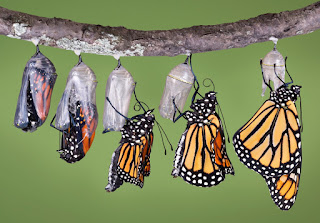 After some weeks, he turns into a big caterpillar. He hides in a desolate place where nobody can see him. He hangs himself up and something wraps him. It’s the pupa! Inside the pupa, he moves a lot through the process. After some time, he attempts to crack the pupa, so he can move freely. He opens the pupa by his new sturdy feet. He finds a hard time to go out from the pupa, but then he succeeds to fly in the sky. Now, he became a pretty living creature. He can explore the world with his beautiful wings. But still, he should be more tough and optimist for his new life as a butterfly. 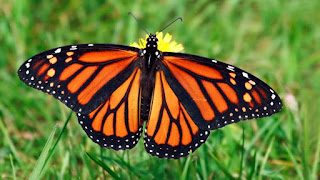 WEST JAKARTA – A blasting Chinese New Year celebration was held on Sekolah Mentari Grand Surya. The events happened on 4th until 5th of February. The school decorations were very charming and attractive. Red Lampions, Angpaos and wishes for the new year were spread everywhere, and they were very iconic.

Lao Shi Erline, as a Mandarin teacher in the school, was very thankful for success the Mandarin Spelling Bee on the 2nd of February. “ There will be performances from the students from Grade 6 until Grade 9. Fan Dance, Wushu, Band performance, Singing, Drama, playing Angklung and Sign Language will entertain our guests. So far to this day, the students had already done their practice. “, she said.

Students performed really well and was a pleasure. The hosts for the event were Gaby, Aviana, Jennifer, Sulie, Vincent, Reyner, Evan, Fransisco and Edo. They spoke Mandarin and the other translated into English. Parents took photos and shot videos of their child’s performance. It was very joyful that day said one of the students.

On the next day, Barongsai came to the school around 10.00 a.m. in the morning. They went to the school banging sounds of music instruments which enliven the day. Some students gave them Angpao as a sign of appreciation for the performance. The Barongsai Performers also lit the firecracker and it was a blast. They acted based on the legend of the Chinese New Year. The students continued their regular classes after the performance.
Posted by Unknown at Monday, February 15, 2016 No comments:

Mentari School Grand Surya is having a Chinese New Year celebration. The celebration will take place on February 4th in the library.

“The celebration will be on Thursday, February 4th. I (Ms. Erline), Ms. Florgin, and Ms. Herlija are the ones in charge of the program. So far we have started decorating and having final practices for the performances. The progress is not bad, the venue will be in the library.” Ms. Erline said.

People have started decorating the library and the entire school. Each class prepares performance/s for the celebration. Some prepare a dance performance, others sing, and some even show martial arts skills. Parents are invited to watch the performance.

It was said that there would be a Barongsai performance the day after. Once the performance is done, students will have regular classes. 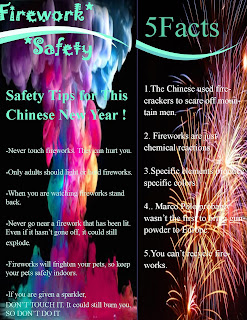 
Right after the school’s party, it was a 3-week vacation for all of us, and we’re all excited because Christmas and New Year was near. All of us had different plans for vacations; some people went to another country, city or stayed at home with their family for the rest of the vacation.

I spent the early days of the vacation listening to Korean pop songs, watching k-pop music videos or watching their dance practices. On the 20th of December, I went to the church for a practice since I will have a duty on the 25th.

Some days passed, and it was Christmas and I woke up at 5 A.M since my duty was at 6 a.m. and we had to arrive at the church exactly 30 minutes before it began, and luckily, I made it on time.

After an hour, we went back home and started to pack some clothes that we would bring to Bali. I spent the remaining days before our Bali trip by playing games, like Minecraft and the web game, Pokeheroes and by watching Korean pop music videos.
On the 29th of December, we went to Bali at exactly 11 A.M. and arrived there at 2 p.m. since it was 1 hour ahead there. We went to our hotel in Nusa Dua since there was a total traffic jam in Kuta.

After dropping off our things in the hotel and pickig up my father’s friend and his family, we went straight to a restaurant since it was late afternoon. After spending the day with them, we went back to our hotel. Since there’s nothing to do, I just drew some mascots, read some news and fan fictions. After doing all of those, I slept.

We spent the second day with my father’s friend’s family and with my aunt. At night, my cousins arrived in Bali, including my cousin, Kevin, who I have never met ever since.

The third day, we went to spend the morning on the beach. While my father went to the shore for a walk, I, my sister and my cousins played on the beach. It was fun until I got splashed with a lot of ocean water when we head back to Turtle Island. On the 31st, I spent some hours checking fan fictions and checking polls before the clock struck 12 A.M.

The 4th day was New Year, and we went to Kuta. The only problem was that we were stuck in a quite long traffic jam. While my family had been having fun on the beach, I and my older cousin went to a market to buy some souvenirs for my friends.
In the afternoon, we went to Jimbaran beach for the second time, and we found some newly-hatched baby clams at the beach; we decide to leave them. That night, we saw the fireworks, lightening the skies. It was beautiful.

On the 5th day, January 2, we went back to Jakarta. I was excited because school will start in 4 days, and I was bored spending my days in my room. Holidays may be exciting, but going to school also brings me the same. Seeing my friends and spending half of the day with my friends and classmates can be exciting, too! Now that I’m back to school, I’ll study harder and accomplish my 2016 resolutions! 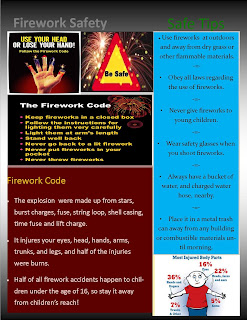 -Andormeda
Posted by Unknown at Friday, January 29, 2016 No comments: